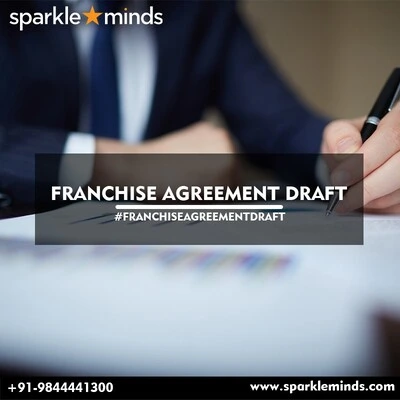 Given below is an attachment for a Franchise Agreement Draft India Free Download for your reference to understand the Contents Franchise Agreement. It would be beneficial if you glance through a franchise agreement sample to get a fair idea. This will provide you with what areas to cover while entering into a Franchise relationship.

Draft a Franchise Agreement which outlines:

Franchise under the Indian Contract Act helps to objectify the franchise contract in India. With its terms and conditions. This will not only benefit you in the later stage but will also help in making the idea of the business and franchise clear to everyone. Franchise agreement words must be used effectively and are very important.